World Book Night was conceived of by Jamie Byng, MD of Canongate. It came out of a round table discussion at the Book Industry Conference in May 2010, the purpose of which was, quite simply, to imagine a way to encourage more adults to read. The chair of the discussion was Julia Kingsford, who went on to be World Book Night’s Chief Executive, and one of the participants was Ursula Mackenzie, Little, Brown CEO, who became a trustee.

The name took its lead from the well-established and successful children’s reading celebration in UK and Ireland called World Book Day. So as day is for children, then night is for adults and night is also when we traditionally think about celebrations.

In 2012 and 2013 World Book Night was celebrated in the USA as well as the UK and Ireland and almost 50,000 people gave a million books away in three different countries.

In late 2013 World Book Night became part of The Reading Agency and is now run as a Reading Agency programme as part of its work to inspire people to take up reading and celebrate the difference that reading makes to their lives.

2015 will be the fifth World Book Night celebration. The 20 Titles Are Shown Below.

Further information Can be found here. 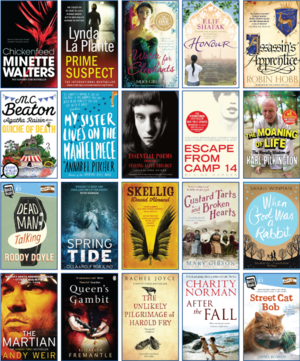