Voices 2020 Competition - Grown Up In Care


We have a fantastic expert panel of judges lined up for Voices 2020, featuring authors, poets and journalists, some with first-hand experience of the care system. They can’t wait to read your amazing entries on the theme of ‘Dreams’.

Find out more about who the judges are and their incredible work below. 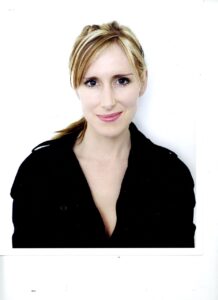 Lauren is an award-winning children’s author and illustrator. She is the creator of many much-loved characters, including Clarice Bean, Hubert Horatio and Ruby Redfort.

Her first two books were published in 1999 – I Want a Pet and Clarice Bean, That’s Me, and she won the prestigious Kate Greenaway Medal in 2000 for I Will Not Ever Never Eat a Tomato, the first of her Charlie and Lola picture books, and published her first Clarice Bean novel in 2002 – Utterly Me, Clarice Bean.

She has won several awards as both an author and illustrator including British Children’s Book of the Year and her books have sold over 15 million copies worldwide.

In 2008 Lauren launched UNESCO’s ‘My Life is a Story’ Campaign for UNESCO’s Programme for the Education of Children in Need, and was named a UNESCO Artist for Peace. In 2010, Lauren was awarded an MBE for Services to Literature. She was also the 10th Waterstones’ Children’s Laureate, 2017-2019.

She says: “Writing stories can be empowering for a child, allowing them to communicate their ideas to the outside world and in the process understand themselves better I am delighted to be a judge in this year’s Voices competition and support this wonderful initiative giving young people in care and care leavers a platform to express themselves.”

Paolo is a care experienced music journalist and writer. His book The Looked After Kid is his memoir of life in care, painting a vivid picture of his coming of age in a children’s home and finding salvation through his passion for music and literature. He has also written about being in foster care in his book But We All Shine On. Paolo has also written on various subjects for the Guardian.

He says: “I am so pleased to have been asked to be a judge in the Voices creative writing competition. Having been in care for a lengthy period myself this really is such a great honour.” 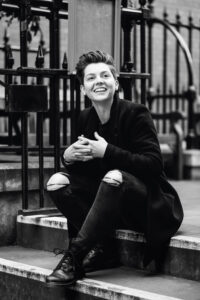 Christel Dee is a cosplayer, convention enthusiast and long-time ‘Whovian’. She describes herself as a ‘fun-loving, geeky, digital creative’. She previously hosted Doctor Who: The Fan Show and was part of Doctor Who’s digital marketing team. She currently works at deep tech startup Hadean as a Digital Marketing Manager, founded in 2015 to enable the world’s brightest minds to solve critical issues in gaming, life sciences and more.

In 2018, BBC Books published Doctor Who: The Women Who Lived, Amazing Tales for Future Time Lords, a beautifully illustrated collection of inspiring tales of the women of Doctor Who, written by Christel and Simon Guerrier.

Christel writes regular cosplay features for Doctor Who Magazine and is a member of their Time Team panel.

Christel is a proud member of the LGBT+ community, Shotokan Karate practitioner and is also a care leaver.

She says: “I’m honoured to be asked to be on the judging panel for this exciting and important competition. As a care-experienced person myself, I know how important it is for children in care and young care leavers to have positive platforms to express themselves. I’m really looking forward to seeing what they create!” 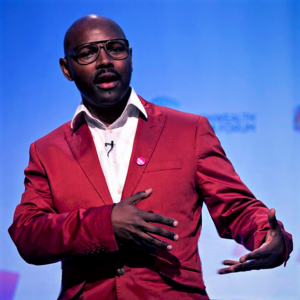 From humble beginnings as a Hip-Hop DJ, Mr Gee honed his spoken word skills as the host of the renowned performance poetry club Brix-Tongue and Straight outta Shoreditch. He is now one of the stars of the UK poetry scene and remains at the cutting edge of Underground poetry across the globe, running regular Chill Pill nights at the Soho Theatre, Roundhouse and Albany.

Mr Gee has previously presented the new Radio 4 series, Poetic Justice, which encouraged prison inmates to write poems that gives an intimate insight into prison life at different prisons across the UK. Mr Gee has also hosted on Radio 4 the SONY award nominated series, ‘Bespoken Word,’ the first BBC series dedicated to modern performance poetry and the series ‘Rhyme and Reason.’ Mr Gee is the co-winner of a Sony Gold Award for Radio as the resident poet/comedian on the Russell Brand Show on BBC Radio 2.

He says’ “I am very happy to be back again as a judge for the Voices competition that empowers young people in care and allows them to express themselves in such powerful ways”. 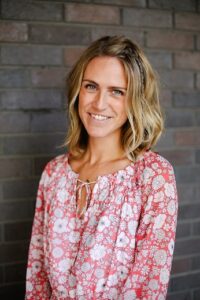 Abi is a bestselling children’s author, who grew up in Scotland, where she spent weekends building dens in the woods, jumping into icy rivers, hiding in tree houses and running wild across highland glens. She enjoyed reading and writing stories from a young age and her favourite subject at school was English.

Abi went on to get a degree in English from the University of Bristol and spent several years teaching English in the UK as well as in Africa.

When Abi is not writing, she likes to travel the world looking for inspiration for her next story. Her latest adventure involved living with the Kazakh Eagle Hunters in Mongolia.

She also works as a volunteer reading helper in schools for Coram Beanstalk, which is part of the Coram group of charities.

Her best-selling books include: The Unmapped Chronicles (Rumblestar), Sky Song, The Dreamsnatcher trilogy and for younger readers, The Snow Dragon.

She says: “I’m honoured to be a judge for Coram Voice, which celebrates the creative talents of care-experiences young people, and I’m hugely excited about reading the works of these wonderful new voices.” 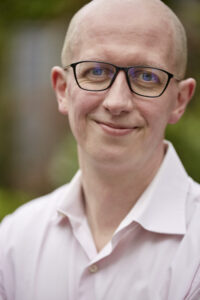 Piers is an award-winning children’s writer and is the son of the novelist Paul Torday. Piers enjoyed reading, writing and drawing from an early age, and particularly enjoyed books with good pictures.

Piers’ first cartoon at the age of 7, which was about a superhero called Super Sid, won a competition in a local newspaper. Piers began his career in theatre and then television as a producer and writer.

Piers has also completed an unfinished novel by his late father Paul (author of Salmon Fishing in the Yemen, The Death of an Owl) and adapted The Box of Delights and A Christmas Carol for the stage.

Like many writers he spends a lot of time teaching writing as well as doing it, and is a regular speaker at schools both in the UK and abroad, and at festivals and conferences

He says: “In these challenging times for both those in care and those who care for them, it is more vital than ever that we hear their voices and what they have to say. It is a privilege to judge the Voices creative writing competition, and I for one can’t wait to read this year’s submissions, and unleash some real writing talent.” 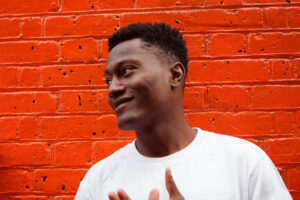 Ric uses the art of rap to empower children in care through telling his story in foster care via songwriting workshops and using his life experience to help them unleash their creativity.

He says, “Having first-hand experience of the care system myself, I am very happy to be a judge on the 2019 Voices competition. I am proud to support young people using the power of creative writing to amplify their voices.”

Dawn is a care-experienced journalist, broadcaster and author. She is a columnist for The Guardian newspaper, writing on housing inequality and austerity, and a staff writer for Jacobin magazine. She also contributes to the London Review of Books, Times Literary Supplement, The Independent, The Nation, Tribune, and Dissent in the United States.

In September 2017, she was listed at Number 82 in ‘The 100 Most Influential People on the Left’ by political commentator Iain Dale.

You can follow Dawn on Twitter @DawnHFoster and read her piece in the Guardian about her experiences of being in foster care here.
at February 10, 2020