Three-time nominated Lucy Caldwell has won the sixteenth BBC National Short Story Award with Cambridge University (NSSA) with ‘All the People Were Mean and Bad’, a story taken from her 2021 collection, Intimacies. The news was announced live on BBC Front Row t by 2021 Chair of Judges, James Runcie. Caldwell, a multi-award-winning writer from Belfast, was previously shortlisted in 2012 and 2019. 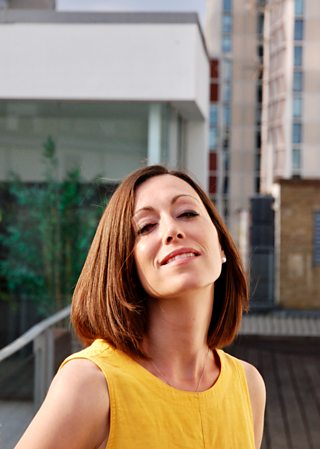 Praised by the judges for ‘masterful storytelling’, ‘deep truthfulness’ and ‘deft precision’, ‘All the People Were Mean and Bad’ is the story of a woman navigating a long-haul transatlantic flight alone with her 21-month-old daughter after a family loss. An intimate exploration of parenthood, marriage, religion, kindness and the seductive power of an alternative life, the story was variously influenced by Frank O’Hara’s poem ‘Sleeping on the wing’, Walt Whitman’s journey-poem ‘Crossing Brooklyn Ferry’, Sofia Coppola’s Lost in Translation and Adrian Tomine’s ‘Translated from the Japanese’. The story is available to listen to on BBC Sounds.

Talking about her story, Caldwell says “I wanted to write about the distance between where we come from and where we end up; between who we think we are and who we turn out to be. Between what we dream, and what we do.” She adds “A lot of my stories are set on planes, or in airports, on car journeys, in in-between spaces, spaces where time seems to stop, or is elsewhere for a while – places or spaces of exile, of not-belonging, of longing, places where different paths, different destinations, momentarily seem possible.”

Named “One of Ireland’s most essential writers” by the Sunday Times, Lucy Caldwell is the author of four novels, including the forthcoming These Days (Faber, March 2022); stage plays, radio dramas, and, most recently, two collections of short stories: Multitudes (2016) and Intimacies (Faber, 2021). Her work has won many awards, including the Rooney Prize for Irish Literature, the George Devine Award for Most Promising Playwright, the Dylan Thomas Prize, and a Major Individual Artist Award from the Arts Council of Northern Ireland.

Chair of Judges, James Runcie says:
“Lucy Caldwell's story has a confidence, daring and authenticity that is wonderfully sustained. All five of the stories on our shortlist were excellent, but this totally assured and moving piece of storytelling commanded the award.”

Di Speirs, Editor of Books at BBC Audio and judge of the Award since its launch says:
“I discovered Lucy Caldwell as a short story writer a decade ago. Since then, between bouts of novel writing, Lucy has turned out a series of spell-binding short story collections, and now been thrice shortlisted for the BBC NSSA. I’m delighted that one of our consistently accomplished and increasingly mature story writers, who is always so generous in her curation of others in the field, is this year’s very deserved winner of the Award, which was set up to celebrate those creating the very best short fiction in the UK.”

The BBC National Short Story Award with Cambridge University was established in 2005 and is recognised as the most prestigious for a single short story with the winning writer receiving £15,000 and the four shortlisted writers, £600 each. As well as rewarding the most renowned short story writers, the Award has raised the profile of new writers including Ingrid Persaud, K J Orr, Jo Lloyd, Cynan Jones and Clare Wigfall. The 2020 winner of the BBC National Short Story Award was Sarah Hall who won for ‘The Grotesques’.


Dr Midge Gillies, Academic Director, University of Cambridge Centre of Creative Writing, the Institute of Continuing Education, Cambridge University, says:
“Lucy Caldwell’s bittersweet short story, set on a transatlantic flight, explores the weight of grief and loss that is so often carried on these journeys. Her depiction of the intense connection that develops between two strangers gently uncovers their hopes for the future and the fragile possibility of finding good in other people. After being shortlisted three times, it is a delight to see Lucy Caldwell win this highly deserved award. ‘All the People Were Mean and Bad’ showcases her deftness with dialogue and her ability to bring the inner lives of her characters into brilliantly sharp focus.”

Alongside the BBC NSSA, BBC Front Row also announced the seventh annual BBC Young Writers’ Award with Cambridge University, an award created to inspire and encourage the next generation of short story writers. Open to 14-18 year olds at the time of entry, it is a cross network collaboration between BBC Radio 4 and Radio 1. The award was won by Tabitha Rubens, 19, from London for ‘Super-Powder’. Tabitha was previously shortlisted for the BBC YWA in 2018 and won the HG Wells International Short Story Competition in 2020. Her story is also available on BBC Sounds.
at February 28, 2022